9 April 2022 dawned bright and crisp, and although there was a chill in the air, it stayed fine all day. It was really good to be welcoming everyone after such a long absence for the Association’s Show. 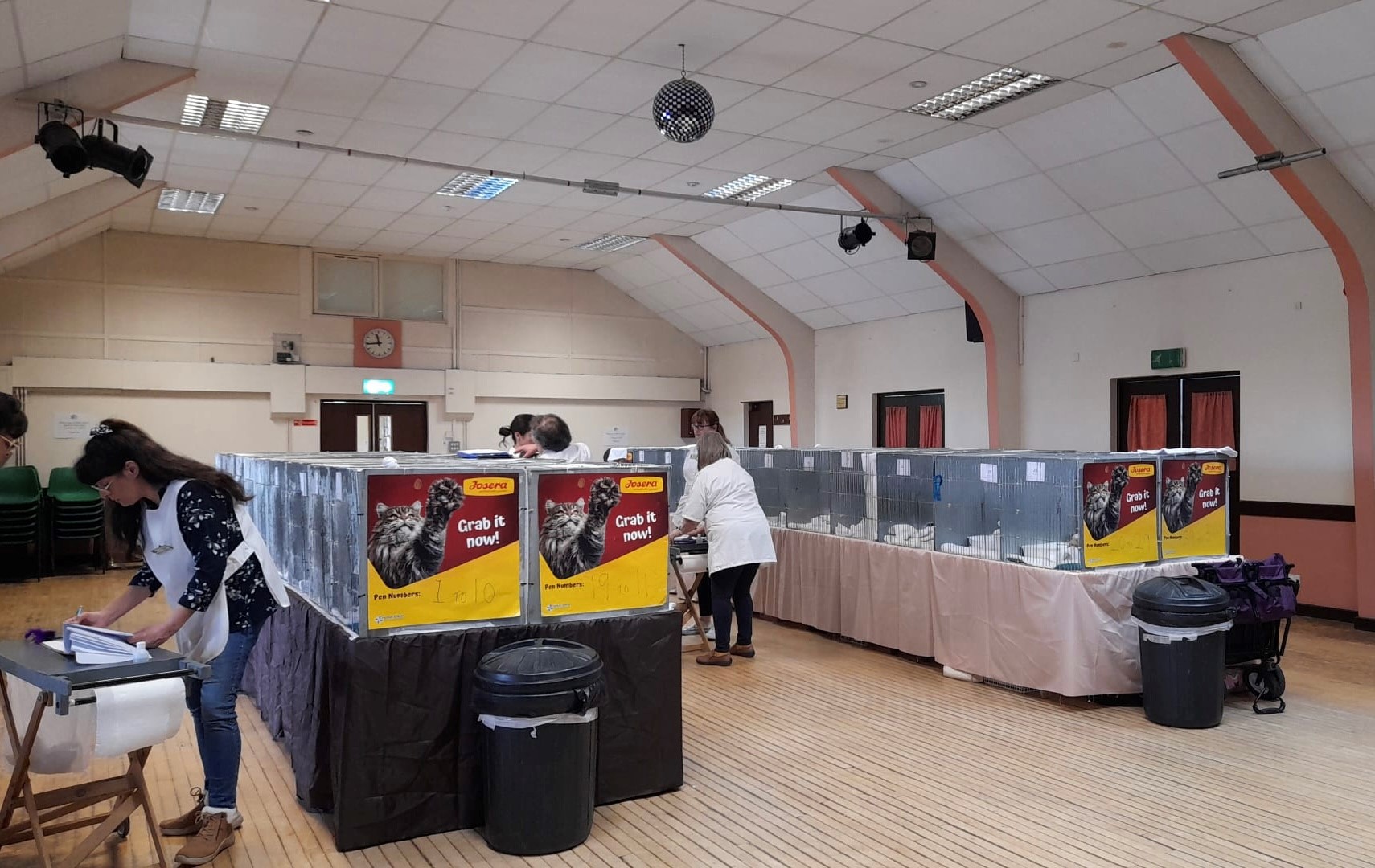 The spruced-up show hall had been well prepared by our willing band of helpers and the penners. 40 cats had been entered and all exhibitors except one turned up. Our thanks to Rosemary Fisher and Lynda Ashmore the show managers for all their hard work. A special mention goes to Margaret Weeks-Lloyd who manned the raffle, the club stall and showed both her cats and a friend’s cat as well: you are truly a star Margs!!! The cats did their owners proud, a special mention to a lovely brown female who won the Sandra Bridges’ special award, Mr and Mrs Crampton-Barden’s Ch Sykris Isabella Dawn Mist. 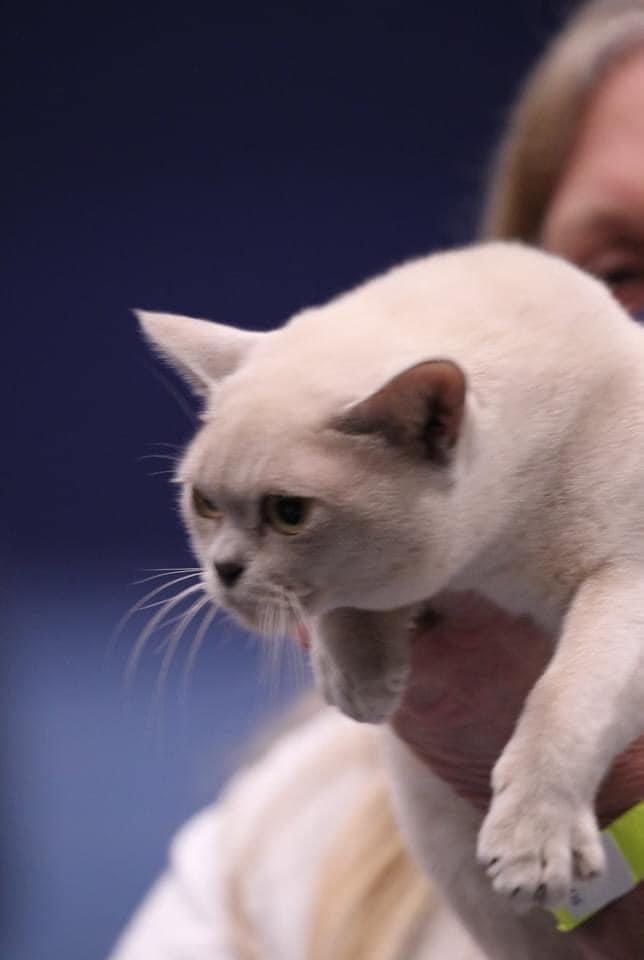 Best in Show were a superb selection of cats and kittens, the Burmese Best Adult and Overall Burmese, was Mr and Mrs Wilshaw’s Rossikhan Razzah Shah a handsome lilac boy. 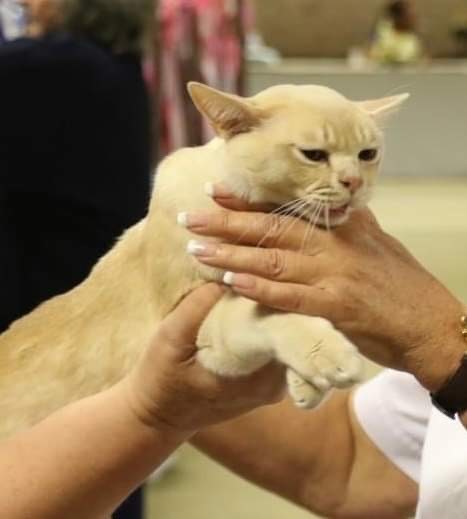 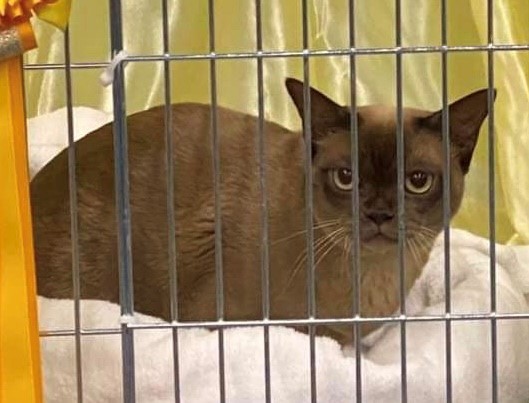 Many congratulations to all the winners and thanks to all the exhibitors who entered their cats and travelled all over to get to the hall. We are looking forward to welcoming everyone to the show next year.